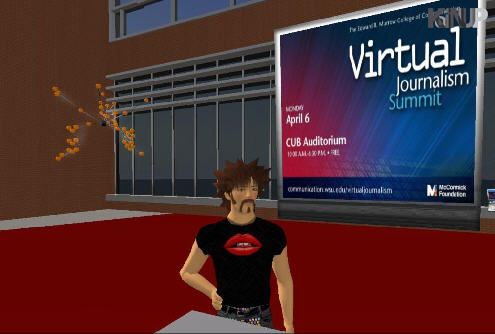 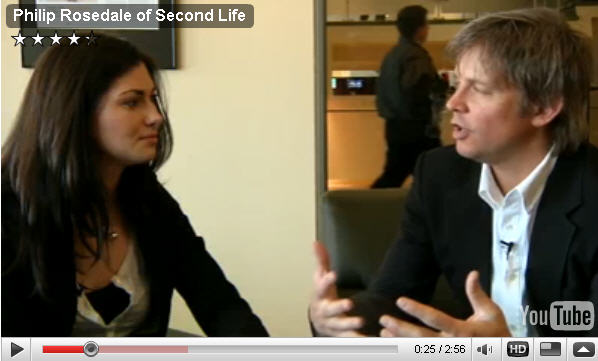 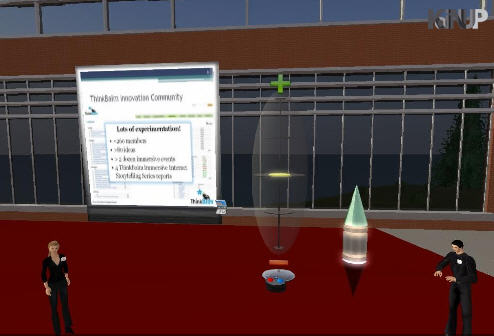 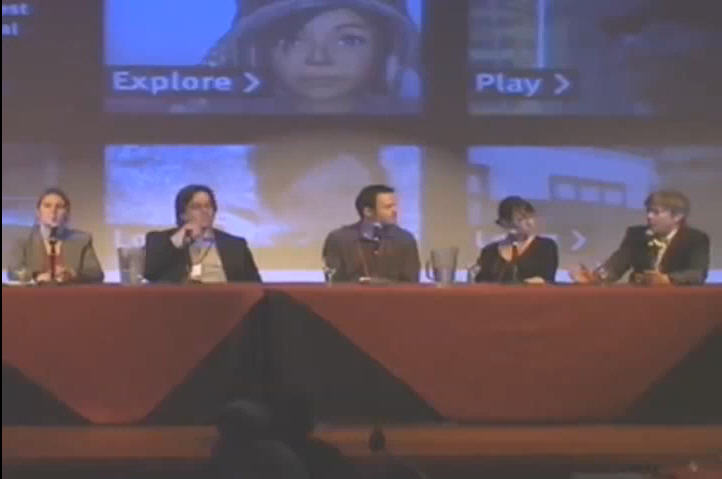 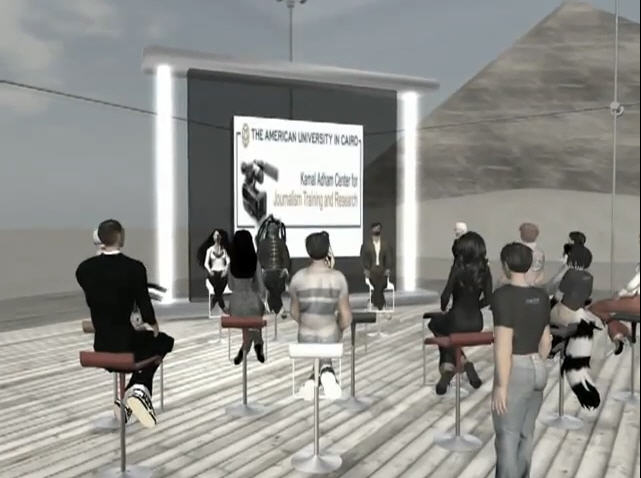 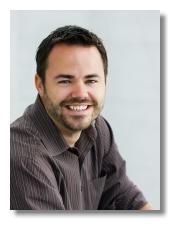 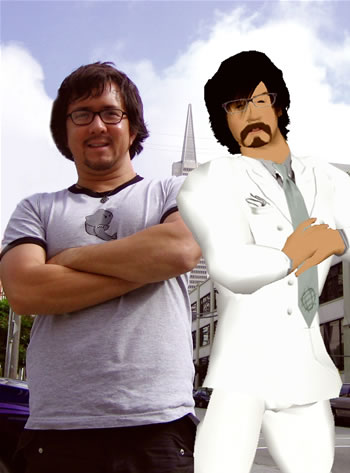 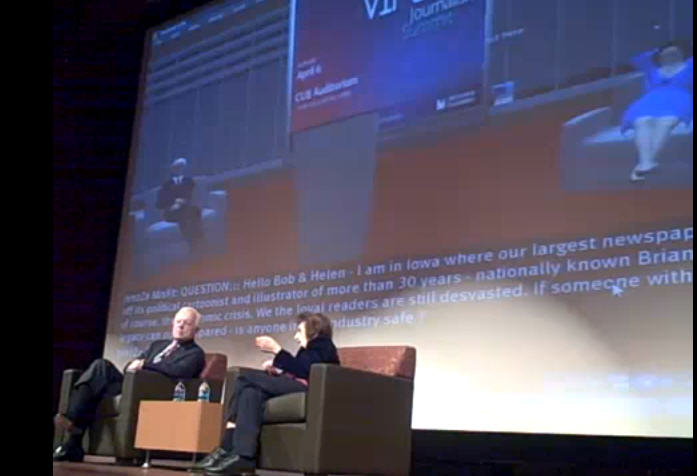 Caption: Helen and Bob Schieffer (and their 3D avatars) address both a live and Internet audience in this "mixed reality" event. Full video at http://experience.wsu.edu/murrow/Symposium.aspx
Posted by Brett Atwood at 8:59 PM 2 comments:

04.15.2010 – PULLMAN, Wash. – The Edward R. Murrow College of Communication at Washington State University, in partnership with the McCormick Foundation, will bring together leading media and technology executives for Virtual Journalism Summit 2 on April 20.

This free "mixed reality" Specialized Reporting Institute event, which will be held simultaneously in both physical and virtual spaces, focuses on issues of transformational media as technological, social and political changes continue to transform every communication field.

National Public Radio (NPR) correspondent Deborah Amos, Seattle Times Online managing editor Kathy Best and Amazon.com senior "evangelist" Jeff Barr are among the speakers at the event, which is part of this year's Murrow Symposium on the campus of Washington State University.

Held in the CUB Auditorium on the Pullman campus of Washington State University, these Murrow Symposium sessions will be moderated by Murrow College founding dean Lawrence Pintak. Introduction to the event begins at 8:30 a.m. PST, followed by two hour-and-a-half long sessions.

"These emerging 3D spaces offer fascinating new opportunities for storytelling," said Pintak. "And as the traditional, newspaper-based world of journalism looks for appropriate new ways to provide the checks and balances vital to democracy, this event will provide a very significant catalyst for innovation."

Internet participants can watch via a Web-based live video stream or through video inside the virtual world Second Life. Attendees using Second Life will be able to ask questions and interact with presenters through text chat while watching the live video stream inside the virtual world. The "mixed reality" presentation marks the debut of the new Murrow Center 3D Newsroom, a unique 3D project that will train aspiring citizen journalists on best practices in reporting.

Both the live event and the 3D Newsroom are among the first projects to utilize a new virtual world technology known as Shared Media, which enables online participants to collaborate and share simultaneous multimedia experiences within a 3D space.

To access the live video stream on the Web, visit http://experience.wsu.edu during the event.